Center for Healthy Aging Research » About

See how the Center for Healthy Aging's dedicated researchers are optimizing the health and well-being of aging individuals and their families. 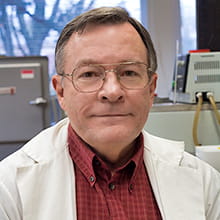 Joining the College of Public Health and Human Sciences as a Nutrition professor in 2007, Donald Jump also serves as a researcher for the college’s Center for Healthy Aging Research and principal investigator in the Linus Pauling Institute at Oregon State. He previously served as a professor in the Departments of Physiology, Biochemistry and Molecular Biology and director of the graduate program for Physiology at Michigan State University, among many other professional positions in academia. He earned a master’s degree in Biology from Rutgers University and a PhD in Biochemistry from Georgetown University.

His research has focused on diet and chronic disease, specifically the role of diet in controlling the onset and progression of non-alcoholic fatty liver disease, or NAFLD. NAFLD is now the most common cause of chronic liver disease in developed countries and is defined as excessive lipid accumulation in the liver. As such, NAFLD is a major public health concern in the United States. and other developed countries. Our research focuses on prevention of NAFLD and its treatment by using dietary supplements, such as omega-3 fatty acids, for example, DHA, docosahexaenoic acid, in combination with controlling body weight and dietary levels of sugar, saturated fat and cholesterol.

Read Inside the mind of researcher Donald Jump to learn about his current research. 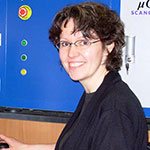 Her current research foci include:

Read Inside the mind of researcher Urszula Iwaniec to learn about her current research. 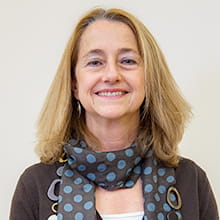 Professor Karen Hooker came to Oregon State in 1994 and has held roles as the director of the Program on Gerontology, Human Development and Family Sciences interim department chair, founding director of the Center for Healthy Aging Research and the Jo Anne Leonard Petersen Endowed Chair in Gerontology and Family Studies. She earned a master’s degree in psychology from the College of William and Mary in Williamsburg, Va., and a PhD in Human Development and Family Studies at The Pennsylvania State University in Pennsylvania.

Her studies all aspects of personality. Personality is a very broad construct that encompasses what a person is like as well as processes that continually shape who and what we are, and importantly how this affects our most important life outcomes such as our relationships, educational and work careers, and mental and physical health.

Read Inside the mind of researcher Karen Hooker to learn about her current research. 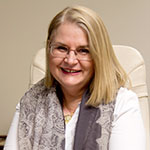 Read Inside the mind of researcher Carolyn Aldwin to learn more about Carolyn's current research. 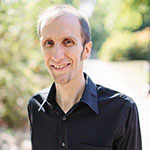 Exercise and Sport Science Associate Professor Mike Pavol came to Oregon State in 2002 and has held positions as an associate professor, assistant professor and director of the Biomechanics Laboratory. He previously served as a post-doctoral research associate at the University of Illinois at Chicago and at Northwestern University Medical School. He earned a master’s degree in Engineering from Rensselaer Polytechnic Institute and a PhD from The Ohio State University.

His research is in two main areas: 1) preventing falls and fractures in older adults and 2) improving the safety of assisted transfers of people with mobility difficulties.

Read Inside the mind of researcher Mike Pavol to learn more about Mike's current research. 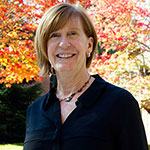 She began her career as a graduate assistant and later an instructor in the former Department of Exercise and Sport Science at Oregon State, and has worked as an assistant professor in the Department of Health and Human Performance at Plymouth State University in New Hampshire. She earned a master’s degree in Exercise Science from the University of West Florida and a PhD in Exercise Science/Psychology from Oregon State.

Read Inside the mind of researcher Deborah John to learn more about Deborah's current research.

‹ Donate to the Center up Carolyn Aldwin ›